RAF WEST RAYNHAM ASSOCIATION
With Raynham about to commence offensive operations a new station commander was selected. This was to be Group Captain Basil Embry who, at the time, was a Wing Commander and Officer Commanding 107 Squadron at Wattisham. He was notified on 26 May 1940 of his new position which was to take effect on 28 May. His handover of 107 Squadron almost complete, Embry decided to fly a final operation over France on the 27th. Inevitably, it was one sortie too many and he was shot down near St Omer, later returning via France to England.
The Battle of France in May 1940 brought an end to the so-called 'Phoney War'. All the reserve squadrons were brought up to operational status again and finally 101 Squadron went to war. Its first operation was flown on 5 July 1940, against oil targets in northern Germany, and it was a disaster. Although one aircraft bombed an oil storage depot at Ostermoor, the Squadron Commander, W/Cdr JH Hargroves, failed to return. The Blenheim's vulnerability during daylight operations was quickly recognised, and from 14 August the squadron was switched almost entirely to night operations. (text WJ Taylor)

There were many RAF Squadrons, Fleet Air Arm and Army units stationed at WR, these are remembered around the base of the Memorial.  We must not forget the nearby RAF Great Massingham which was a satellite station of WR.

I am indebted to Kevin Turner for the following photographs, showing some of the Squadrons from WR and GM as well as a visit from their Majesties,  King George VI andQueen Elizabeth in September 1942The King and Queen being shown round aircraft at West Raynham. The King is dressed in RAF uniform. Queen Elizabeth is being accompanied by a WAAF. Captioned 'R.A.F. West Raynham Sept 1942. King George VI, Queen Elizabeth. Group Capt Earl of Bandon.'  The Boston on her nose was taken at RAF Great Massingham, September 1942, the rest were taken on a raid against factories and docks in and around Cherbourg, by 107 Squadron, October 1942
​
The photos are from

the photo albums of RG Cavalier. This content is available under a CC BY-NC 4.0 International license (Creative Commons Attribution-NonCommercial 4.0)., via IBCC

Also included are a selection of Honour Boards from RAF West Raynham, I believe these were originally in SHQ.  They are now in West Raynham Village Hall.  I apologise for the quality, standing on a rickety table doesn't help photography.  Thanks to Janet Hankey for allowing me access.  Peter Scott supplied the photos of the late Wing Commander Webb, the left hand one is with his pilot Flt Lt Viv Bridges.  It was taken when they were awarded the immediate DFC and DFM. Their names are depicted on the Honours Board,  The final photo was of Don in later years, at the Mosquito Museum. I asked Peter why Don as a commissioned officer, was not awarded the DFC too. DFMs are normally awarded to non-officers.  The following is his account:

"That was a bone of contention for Don. He told me that after their fourth kill the mossie was so badly damaged that they brought it home on a wing and a prayer. For those that dont know they flew onto the fireball that was an exploding ME110 that they had just killed. It ripped most of the tailplane off, set the starboard wing and engine on fire and put the aircraft into an uncontrolled vertical dive. While Viv fought the controls, Don feathered the burning engine amd put out some of the wing fire, hacked off damaged panels to prevent drag and prepared for them to bail out. Viv managed to recover control after an 8000 foot dive and they nursed the plane home from Belgium landing somewhere in Norfolk but not West Raynham as the aircraft was giving up on them so they didn't quite make it home. They were sent on leave and after a couple of days Don received a telegram one morning telling him that he had been awarded an immediate DFM. In the afternoon he received a second telegram telling him of his promotion to Flying Officer. He told me that he was disappointed as he would have received the DFC if his promotion telegram had come first. I asked him why he was disappointed given that he had an Immediate Award. He said 'well the DFC is a higher award' obviously seeing it in terms of officer and lower ranks and echoing the prejudices of the day. I pointed out that the DFC was a very common award with around 24, 000 being issued between 1916 and today but only 6463 DFMs were ever awarded making it quite rare and that of those 6463, less than 200 were Immediate awards so his was rarer still. The effect was immediate. Despite his then 88 years, his back straightened and I swear he grew taller. He was so chuffed that he mentioned it several times at his weekly harem lunch (the ladies of the village - referred to by us as his harem as they all met for lunch in the local pub each Friday - hung on his every word and always referred to him by rank - such is the respect of that generation). He hadn't known why he had received the award at all having never seen the citation so I rang a friend at Innsworth ( I didn't know he was there or indeed had become a crab but he recognised my voice on the phone after 25 years...and simply responded ' Hi Pete how are you?' ) and received the full citation with the comments made as it was referred up the line. He read them and simply said 'I dont know what the fuss was about. The plane was rapidly approaching the ground and was burning fiercely- it made sense to try to sort it out or get out' I think that generation was made of tougher stuff!"

Don was one of three honoured guests who jointly unveiled the Memorial at the former RAF West Raynham, more on the page
Memorial Day 27 September 2014 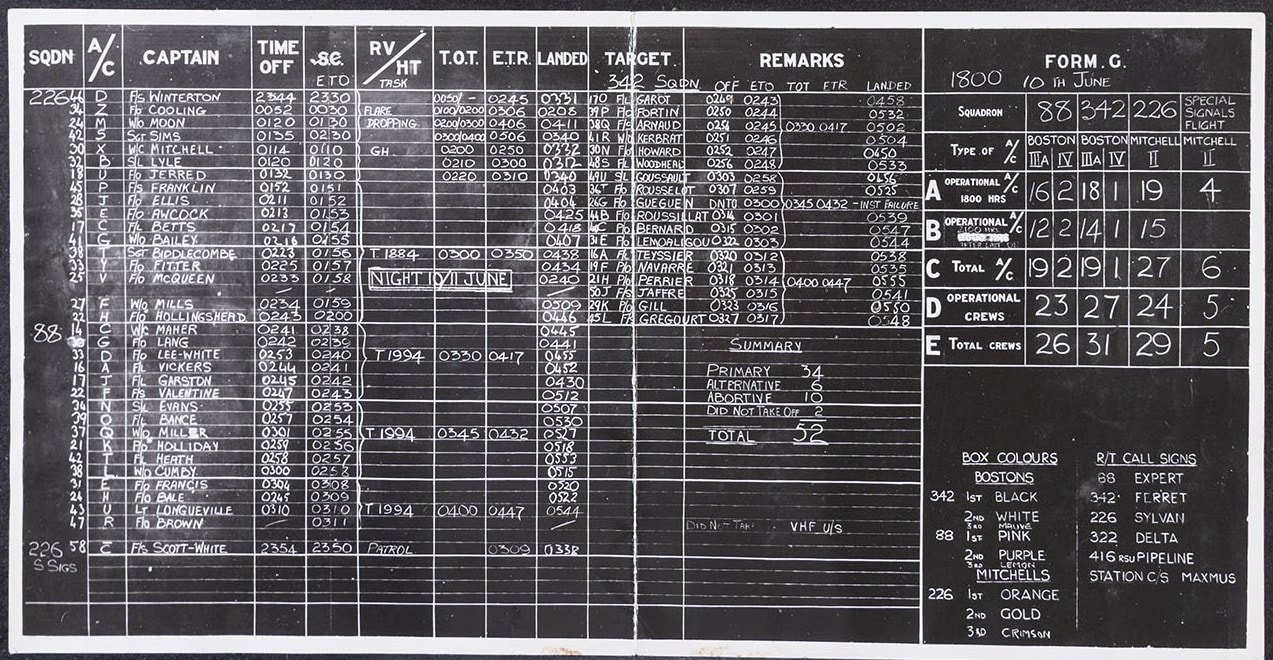 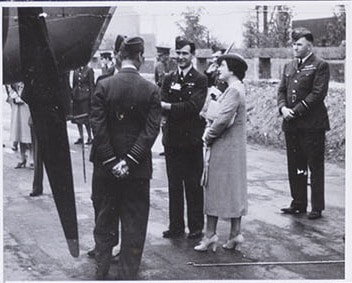 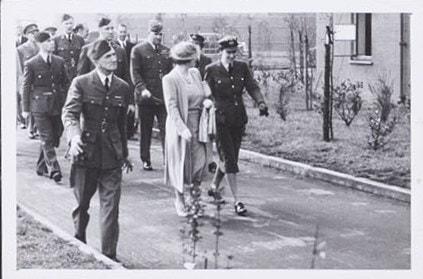 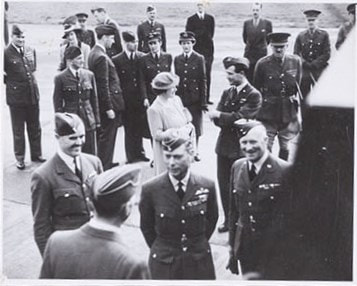 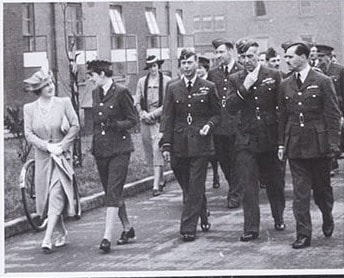 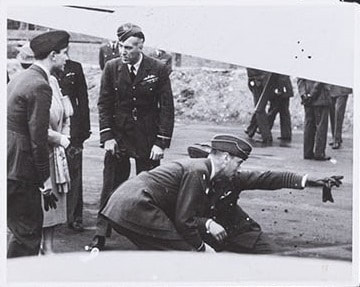 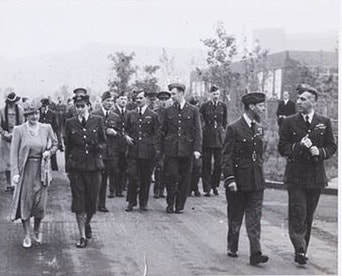 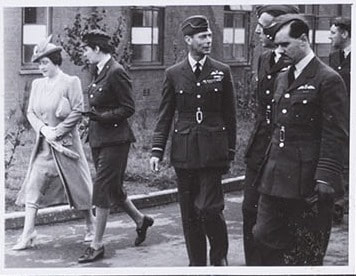 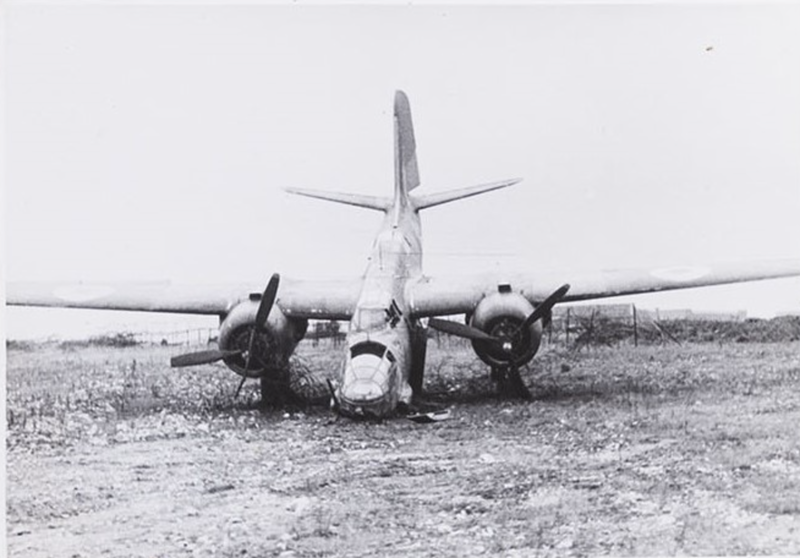 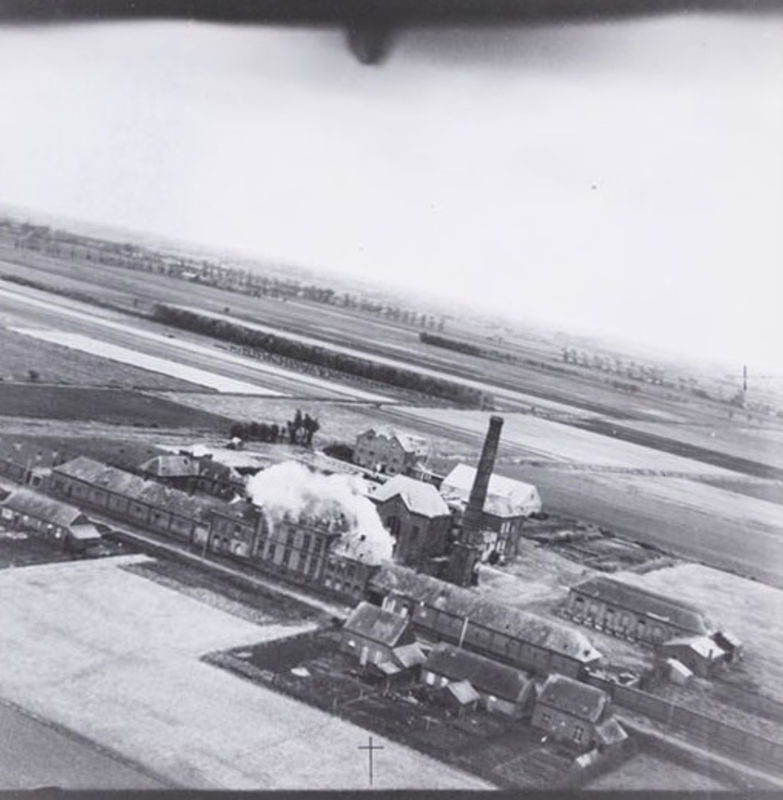 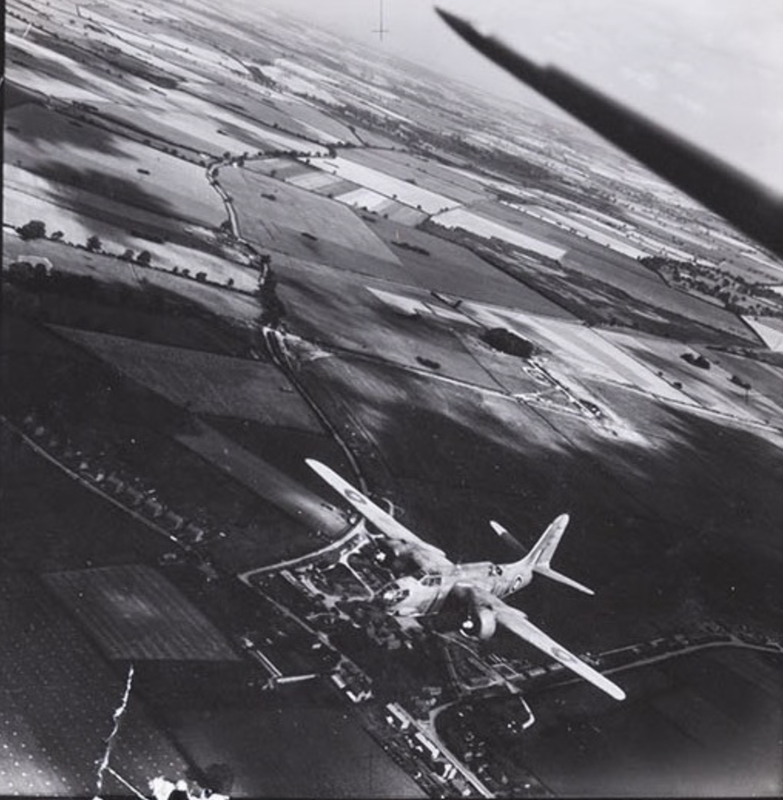 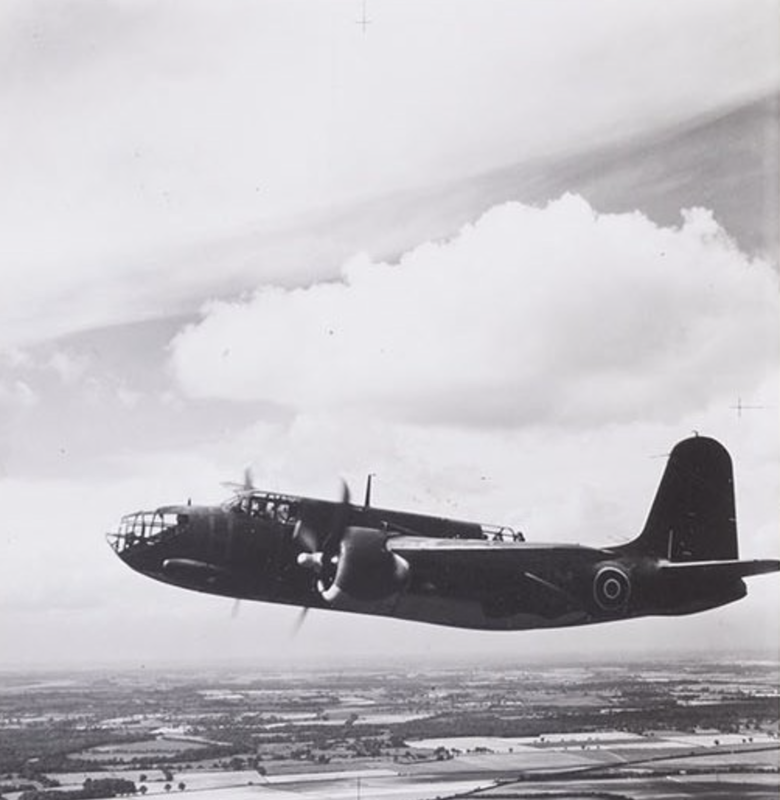 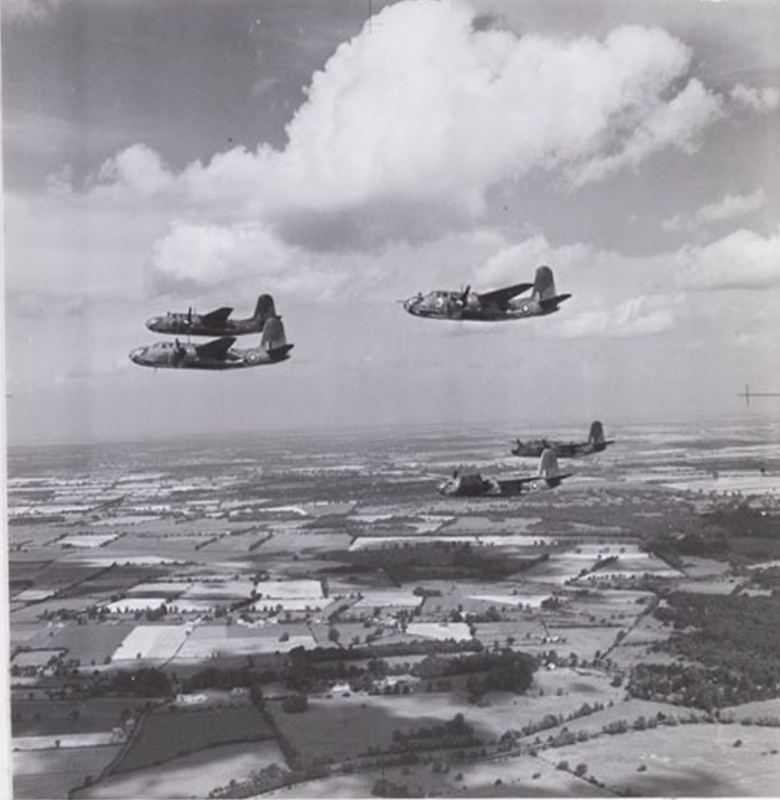 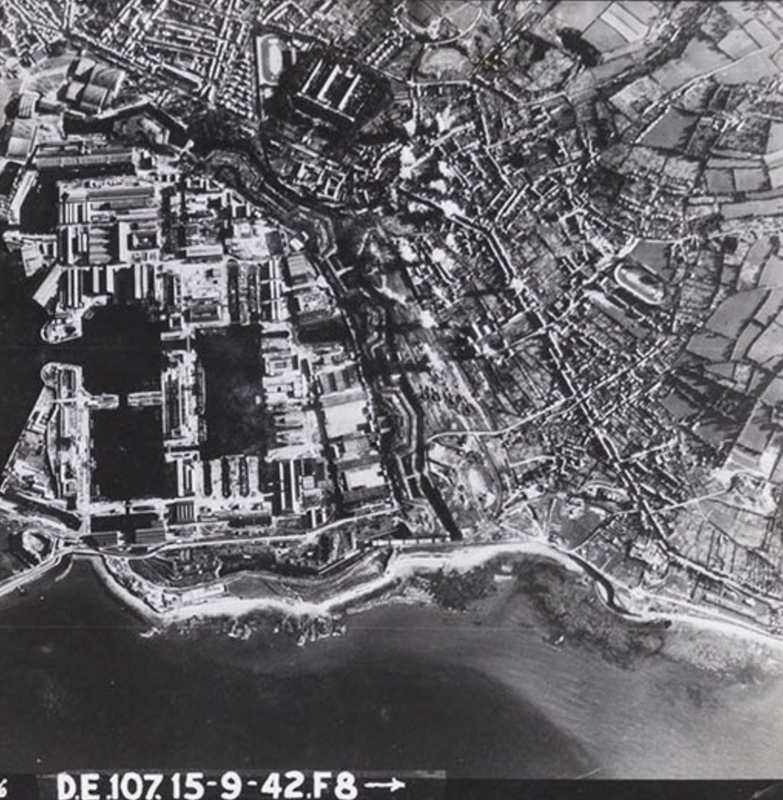 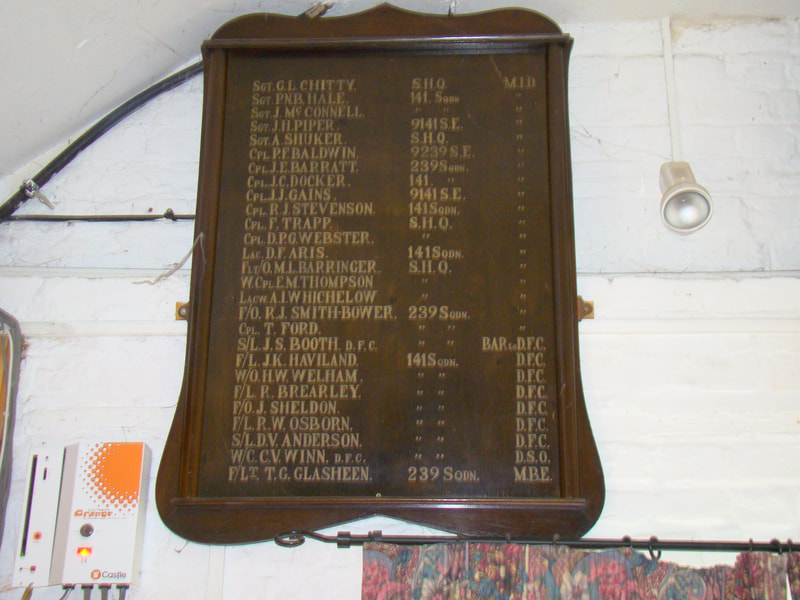 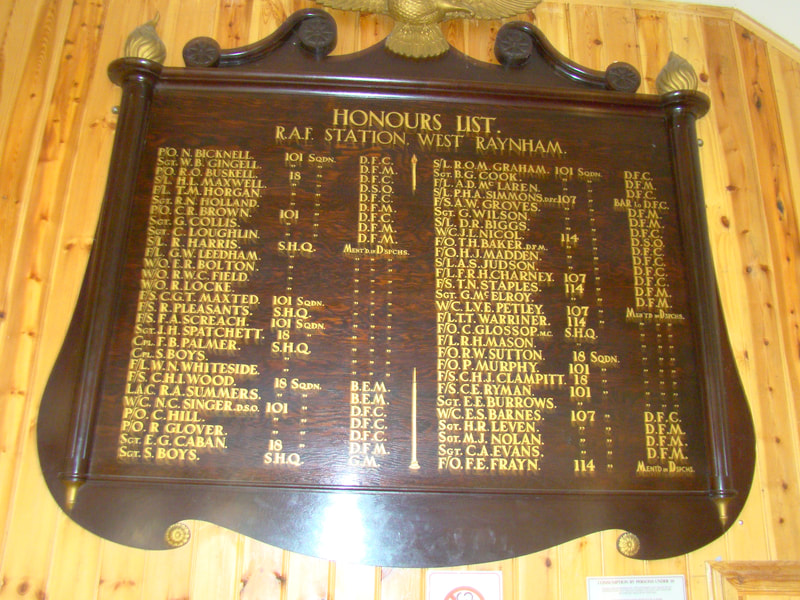 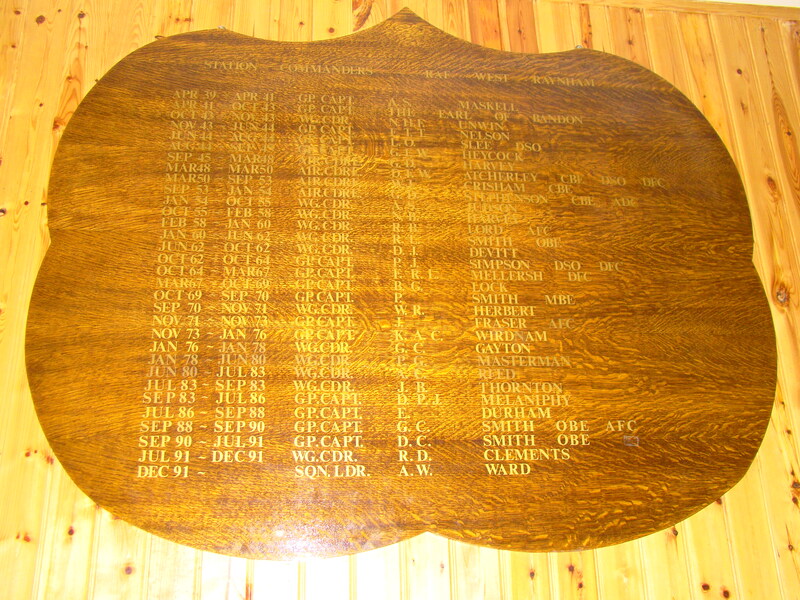 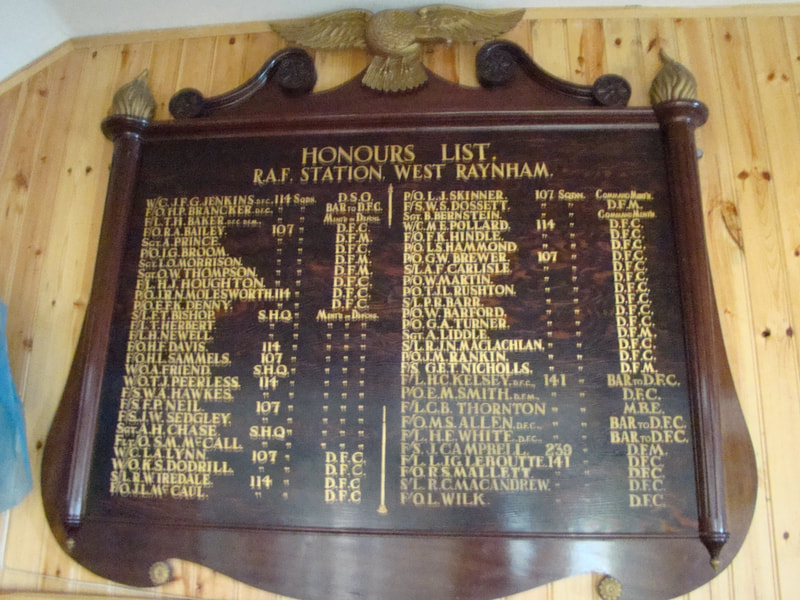 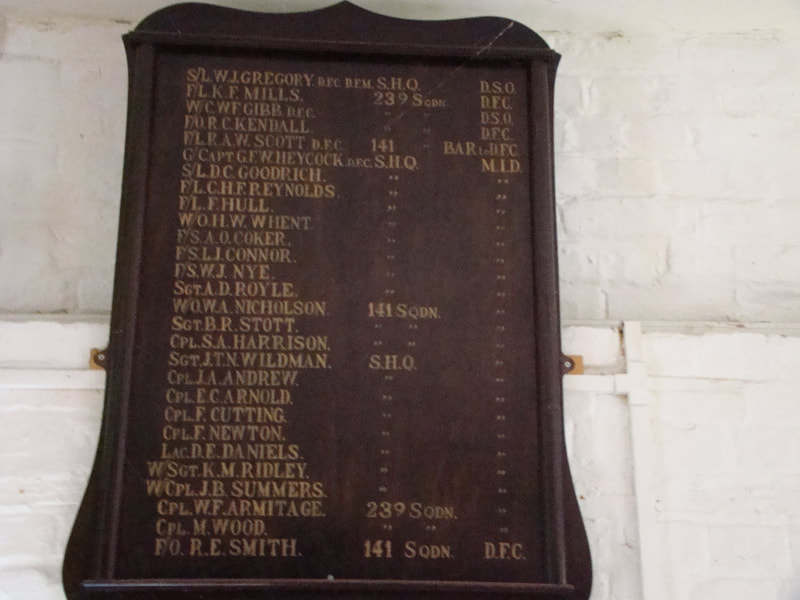 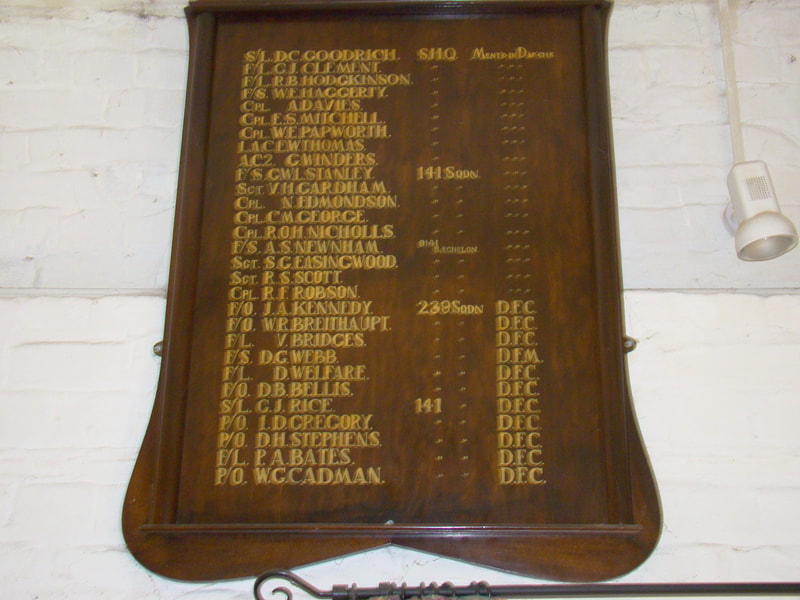 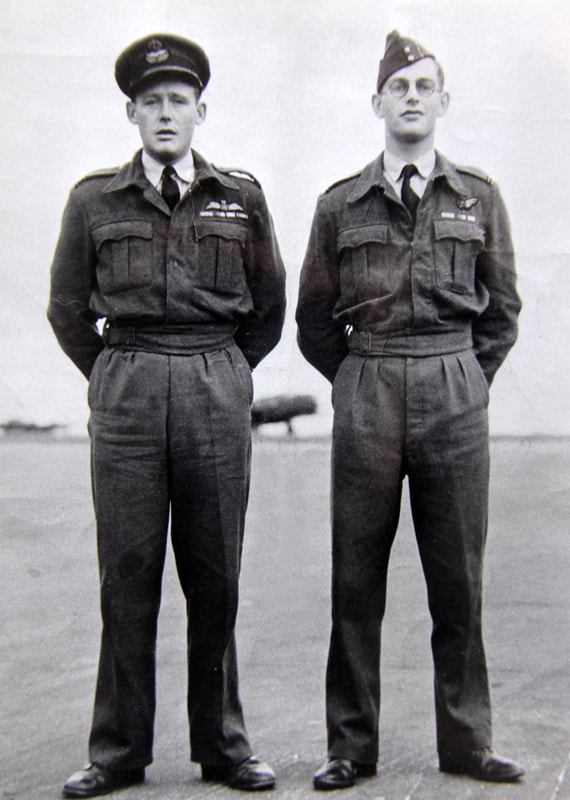 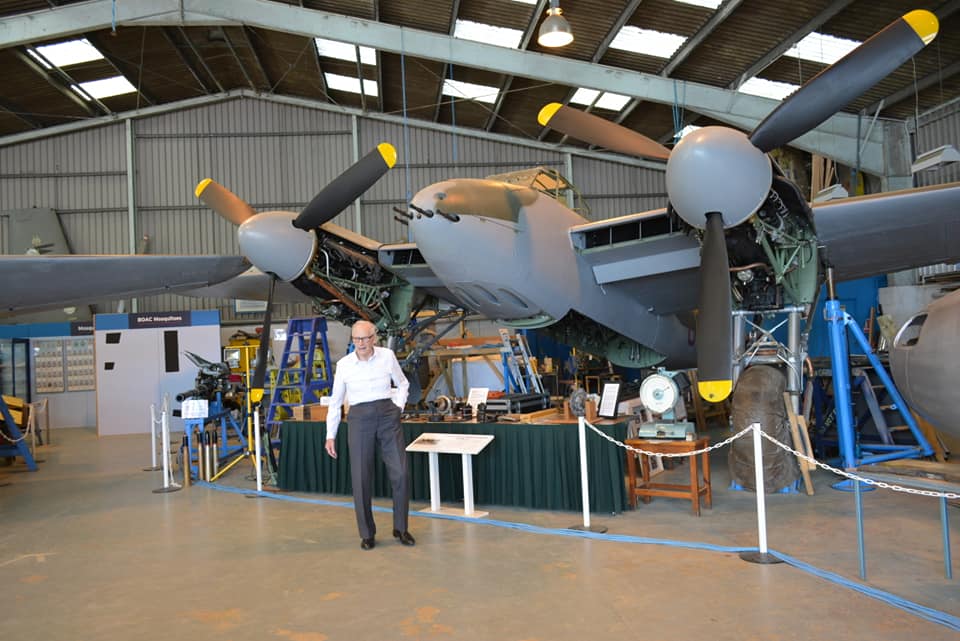