Whenever those of us who have served at the former RAF West Raynham, inevitably during the conversation, the subject of Flt Lt Alan Pollock will arise. His exploit below, regarding the “Tower Bridge” incident is well documented. This can be found on the BFBS web-site as well as YouTube.  As far as I am aware, there are no known photographs or video of this incident.

But Alan also took part in the Torrey Canyon incident which is detailed further down the page.  Alan very kindly spent some time with me giving a first-hand account of his and RAF West Raynham’s Hunters, the text in italics, are Alan’s own words.

I would also like to record my and the RAF West Raynham Association's thanks for the hours he put in re-jigging the design of our Memorial, he turned a good idea into a great one.

The Hawker Hunter Tower Bridge incident occurred on 5 April 1968 when Royal Air Force, Hunter, pilot Flt Lt Alan Pollock performed unauthorised low flying over several London landmarks and then flew through the span of Tower Bridge on the Thames. His actions were to mark the 50th anniversary of the founding of the RAF and as a demonstration against the Ministry of Defence for not recognising it. Upon landing he was arrested and later invalided out of the RAF on medical grounds, which avoided a court martial.

I arrived at RAF West Raynham, last day of 1966, from op tour with No 43(F) squadron in Aden, with Hunter FGA9. Tour fixed by an Air Ministry friend, which allowed me not to be promoted and stay in Flying Training Command.

Torrey Canyon struck Pollard's Rock on Seven Stones reef between the Cornish mainland and the  Isles of Scilly on 18 March. It became grounded and, several days later, began to break up.
In an effort to reduce the size of the oil spill, the British government decided to set the wreck on fire, by means of  air strikes from the Fleet Air Arm (FAA) and the Royal Air Force (RAF). On 28 March 1967, FAA Blackburn Buccaneers from RNAS Lossiemouth dropped 1,000-pound bombs on the ship. Afterwards RAF Hawker Hunters from RAF Chivenor dropped cans of  jet fuel (kerosene), to fuel the blaze. However, the fire was put out by high tides and further strikes were needed to re-ignite the oil, by FAA Sea Vixens from RNAS Yeovilton and Buccaneers from the  RNAS Brawdy, as well as Hunters of No 1(F) Squadron RAF from RAF West Raynham with napalm *. Bombing continued into the next day, until Torrey Canyon finally sank.  A total of 161 bombs, 16 rockets, 1,500 long tons (1,500 t) of napalm and 44,500 litres (9,800 imp gal) of kerosene were used. (Wiki)


No 1(F) Squadron should carry out the attack using napalm in our outboard tanks.  Because of political sensitivity, we had to fly NE from West Raynham to Cromer, fly down North Sea and along English Channel, following the coast offshore, to arrive and strike Torrey Canyon with our formation. Four Hunters from West Raynham were to take part.

Because my aircraft's Swedish fuses had not worked, when I dropped my outboard tanks, I found out later they were out of date.  I was both pleased and surprised when our Weapons Officer, Flt Lt Brian Walton, whose fuses had worked, when ours did not, I pulled his leg that he had special access the night before, to Squadron Armourers, to make sure his fuses worked.  Because my outboard tanks did not explode, I went round again, flew very low over the TC and dropped my other tanks, flying through impressive columns of fire, which I’m sure passed a third of the way through my starboard wing. With all the smoke, my height and the flames I came close to hitting the main mast.  After this we landed at Chivenor to refuel before returning to West Raynham. Brian Walton said before-hand, tongue in cheek, that we had a massive target that couldn’t fire back.

On return to West Raynham, the Station Commander, Group Captain, Basil Lock, was in squadron ops to hear first-hand our account of how the sortie had gone.  Alan said he made his report and simply went home – no celebrations – no beer call, just a job well done.

*Napalm is an incendiary mixture of a gelling agent and a volatile petrochemical. The name is a portmanteau of two of the constituents of the original thickening and gelling agents: co-precipitated aluminium salts of naphthenic acid and palmitic acid. (Wiki) 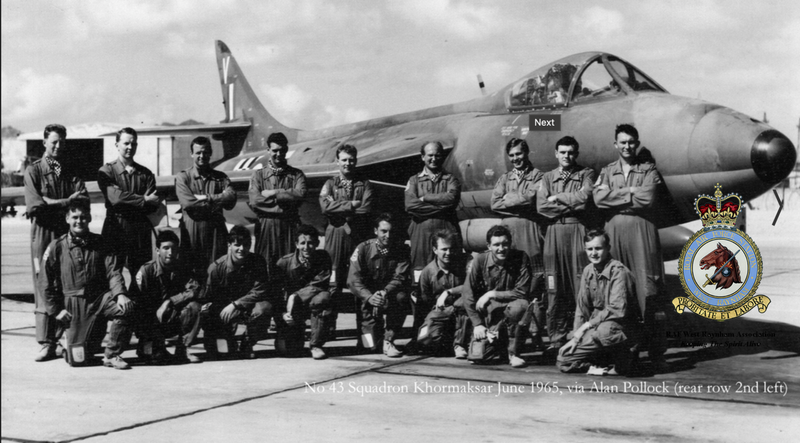 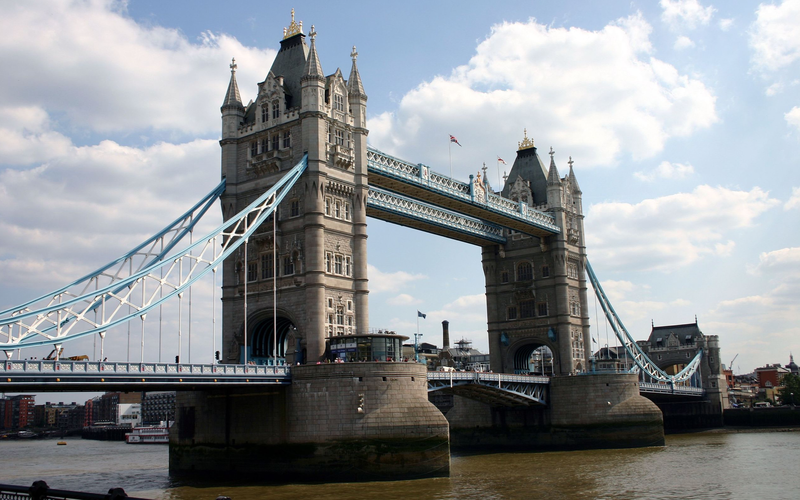 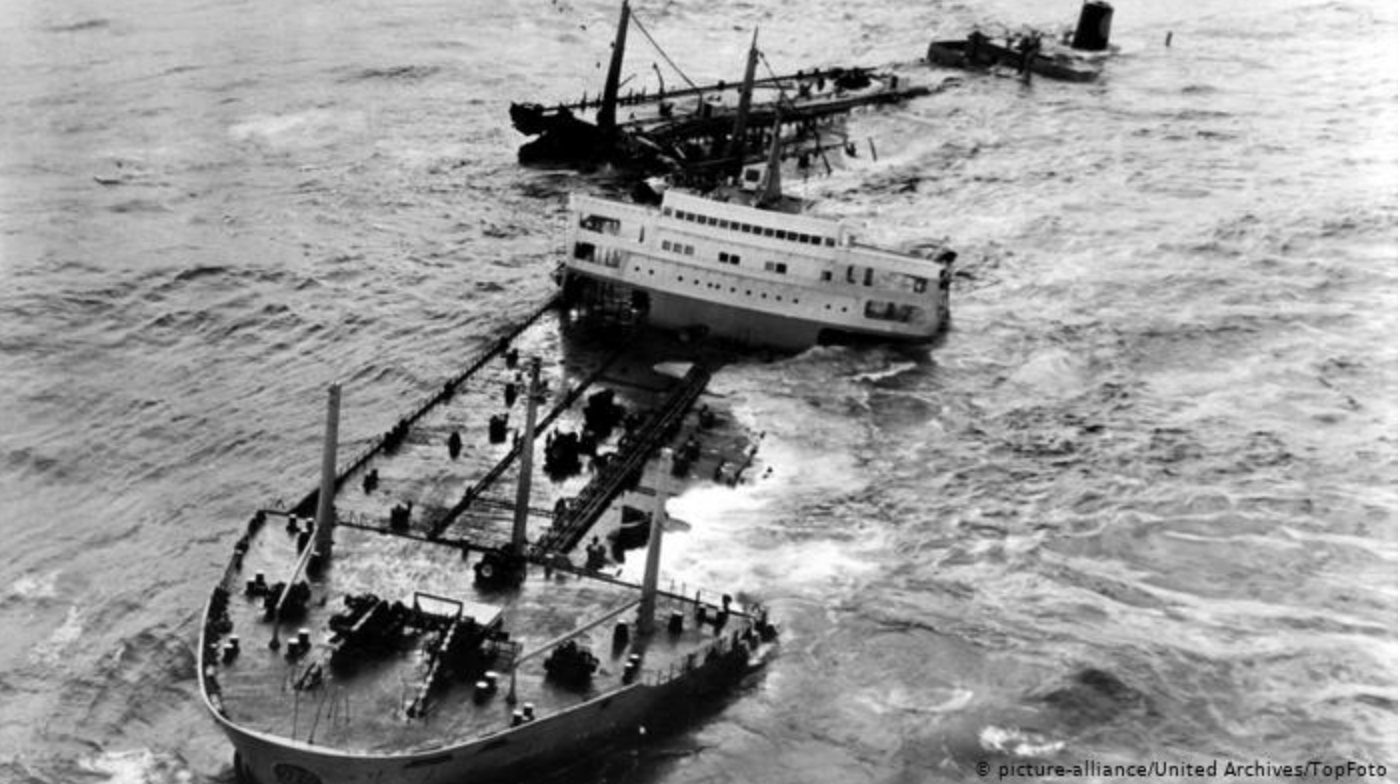