For a number of years, I had admired the Memorials being erected to several long closed East Anglian Stations.  I had admired the work of Richard Flagg who has an encyclopaedic knowledge of closed stations and Memorials related to them.  I spoke to Perfitt's of Diss who had produced airfield memorials and work at the National Memorial Arboretum at Alrewas in Staffordshire.

I again spoke to Perfitt's and explained who we are and how much money we expected to spend.  I estimated £2500. Through our Facebook page a series of meetings was arranged in the Community Centre at WR.  We decided to sell pin-badges and ask for donations.  This we did.  Another surprise was that the Station had a plinth on which was once a village type sign once stood.  When the Station closed the sign was chain-sawed off and vanished.  The plinth was in pretty poor condition.  Richard suggested a design, six sided rising to a point.  The six sides represented the badge of No 85 Squadron who had been on the Station for many years.  This was agreed by the newly formed committee.

Fundraising started, pin-badges, raffles, meets, one enterprising young man from King's Lynn donated money from his bedroom RAF Museum, he was one of our guests on the day.

Good Energy, who as part of their proposal for a solar farm on the site of the former runway, donated £2500, The RAF Regiment at their annual beer call in Fakenham donated a further £1000.  The grand total of the Memorial came to just under £8000.  Investec who were the site owners, donated the plinth and the ground around it, while FW Properties of Norwich, the site management team, restored the plinth to a high standard.

There are a number of aircraft represented on the Memorial face, it was hard to narrow down the many aircraft which had served at WR down to a representative few.  Eventually it was decided to use: The Bristol Blenheim, the first operational aircraft to fly from RAF West Raynham with No 101 Squadron; the Bristol Bloodhound and BAe Dynamics Rapier Missiles to represent air defence roles; the English Electric Canberra, the last operational aircraft to fly from RAF West Raynham, with No85 and No100 Squadrons. Finally, the Hawker Siddeley Kestrel, later the famous Harrier, was evaluated at WR in 1965, with a Tri-partite Squadron consisting of military test pilots from Great Britain, the United States and West Germany. One of these aircraft (XS695) can be viewed at the RAFM Cosford.
The Aircraft which flew with the Central Fighter Establishment and RAF West Raynham are represented by, The de Havilland Mosquito; the de Havilland Vampire; the Gloster Meteor; the Hawker Hunter and the Gloster Javelin. In addition, Fleet Air Arm Squadrons 746 and 787 served alongside CFE. Between them, they flew over 35 types of aircraft. (Text via Wikipedia which I had written)

Around the base of the Memorial, many of the Squadrons, FAA and Army units who served at WR are depicted.

More information can be found on our Facebook Page  https://www.facebook.com/Memorialatwr/ 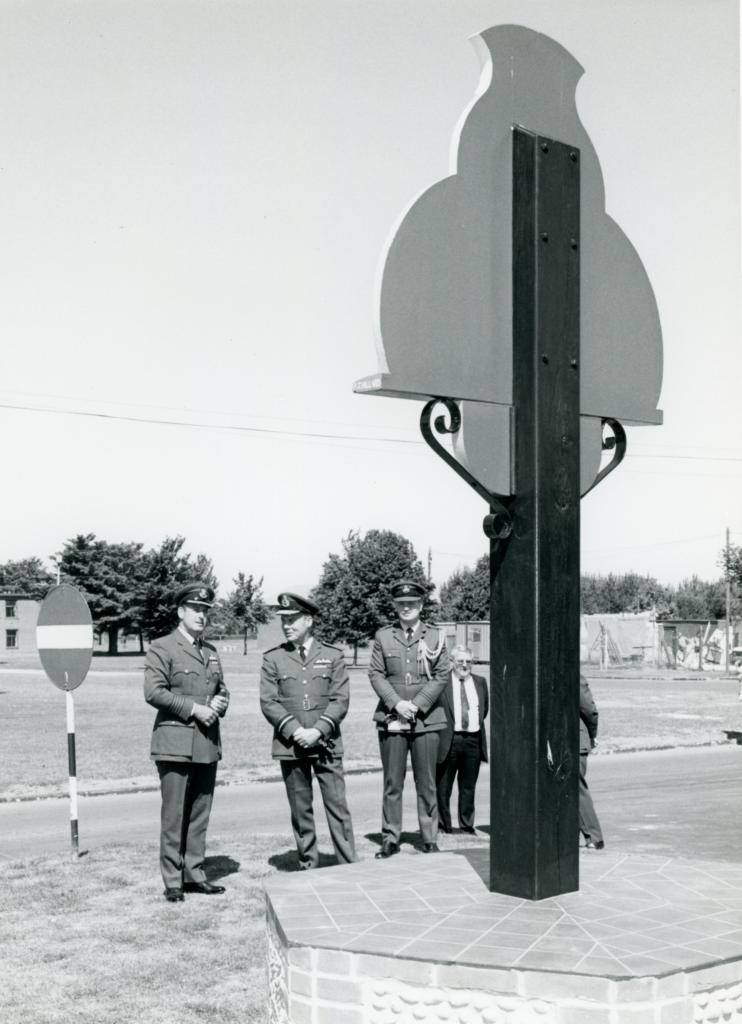 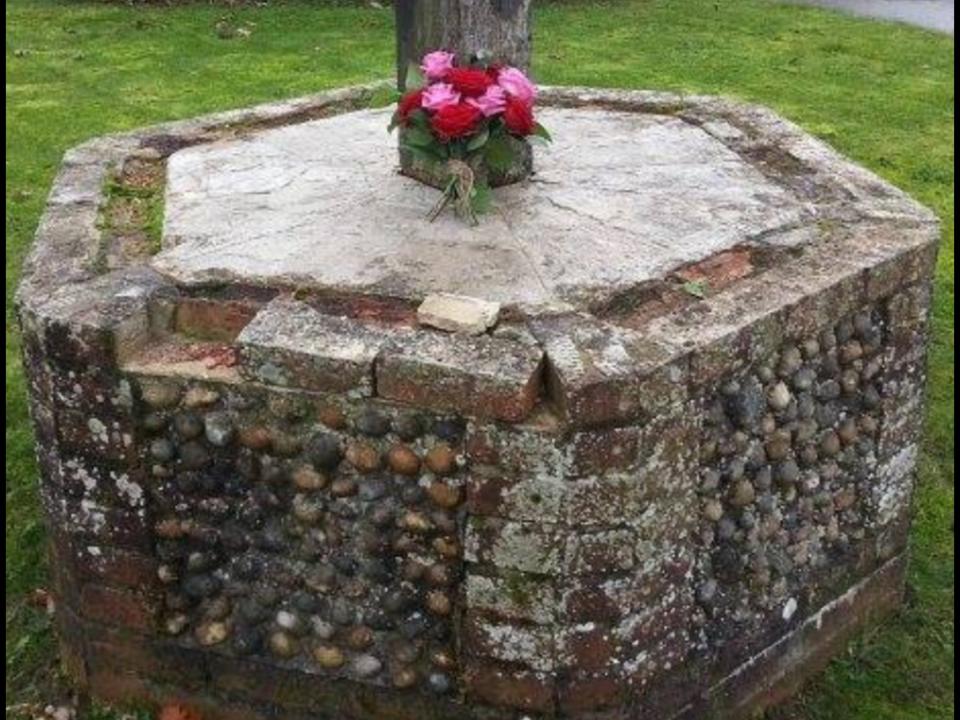 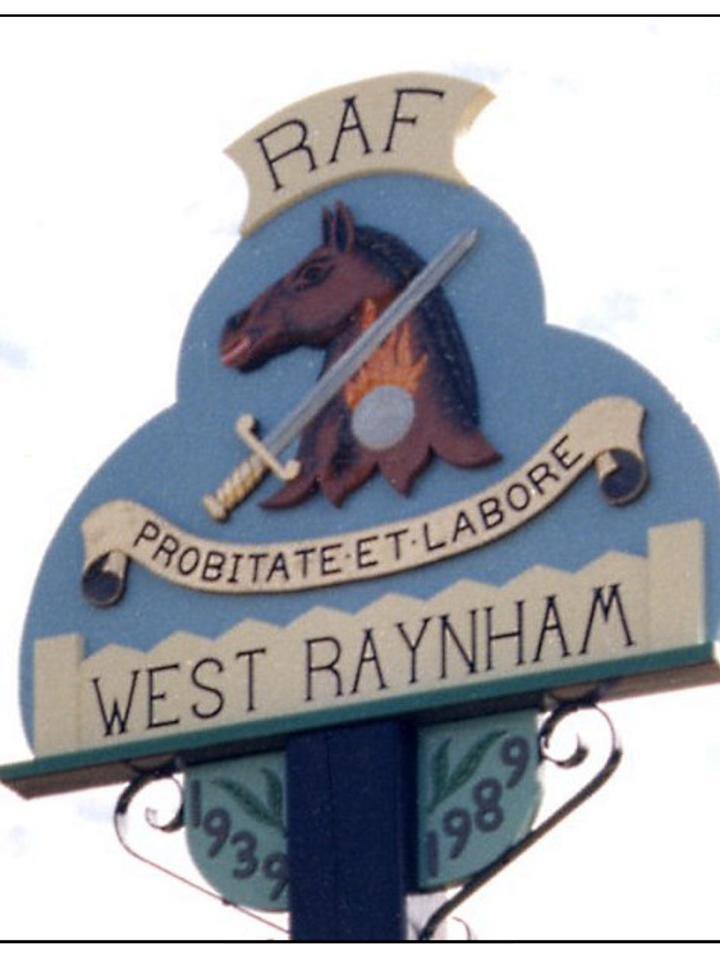 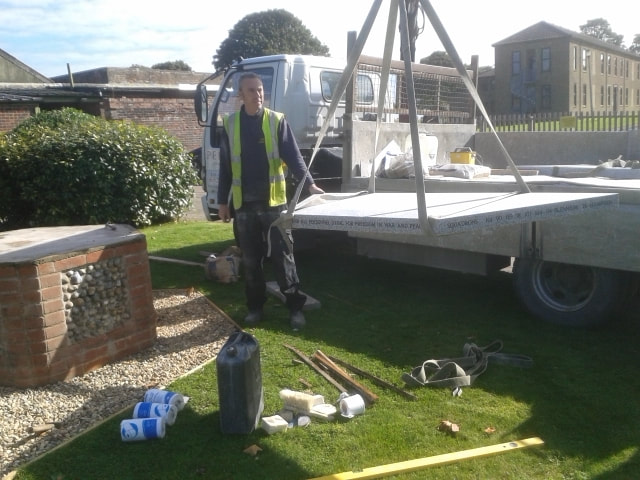 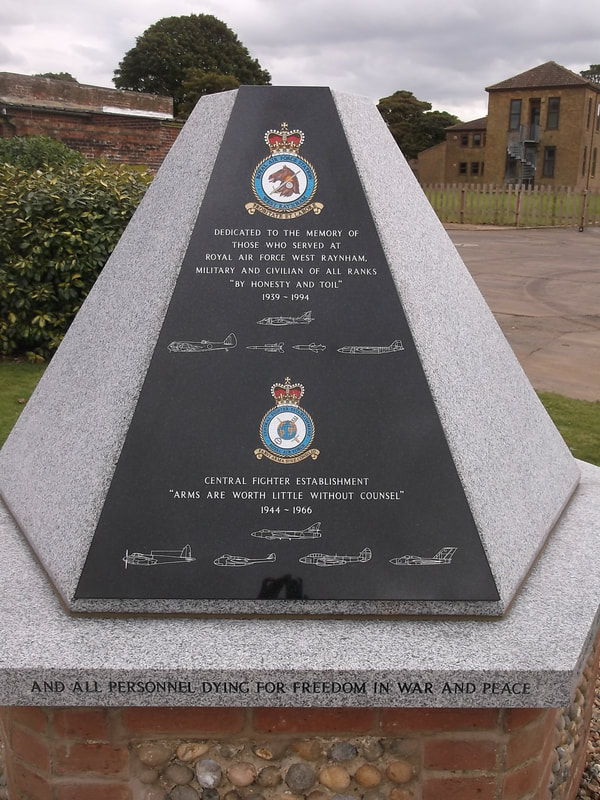 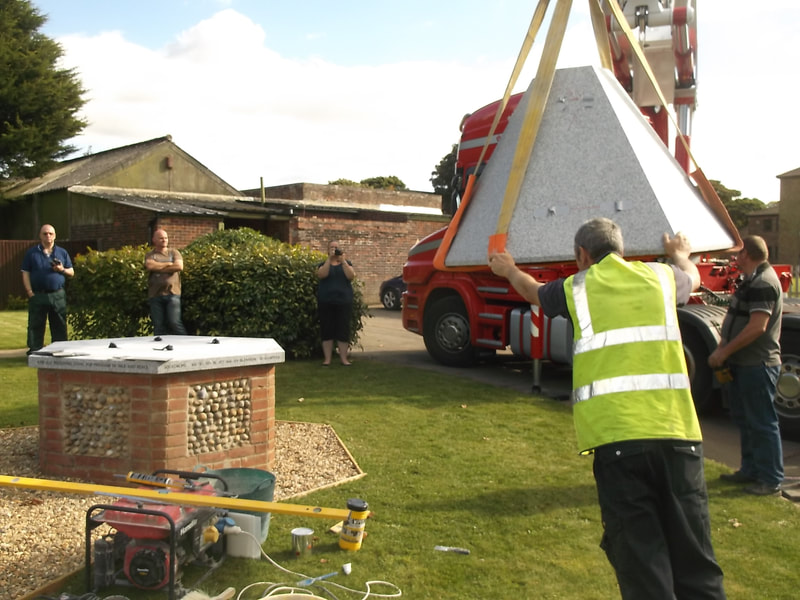 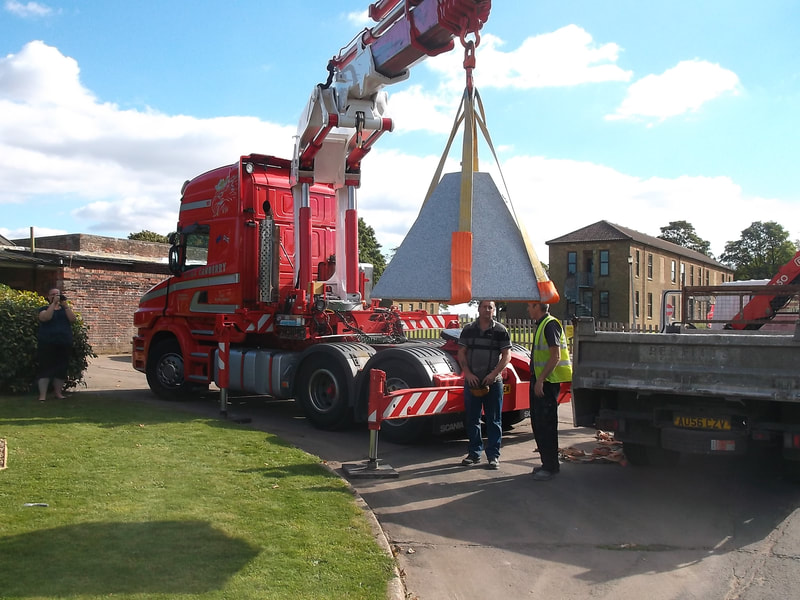 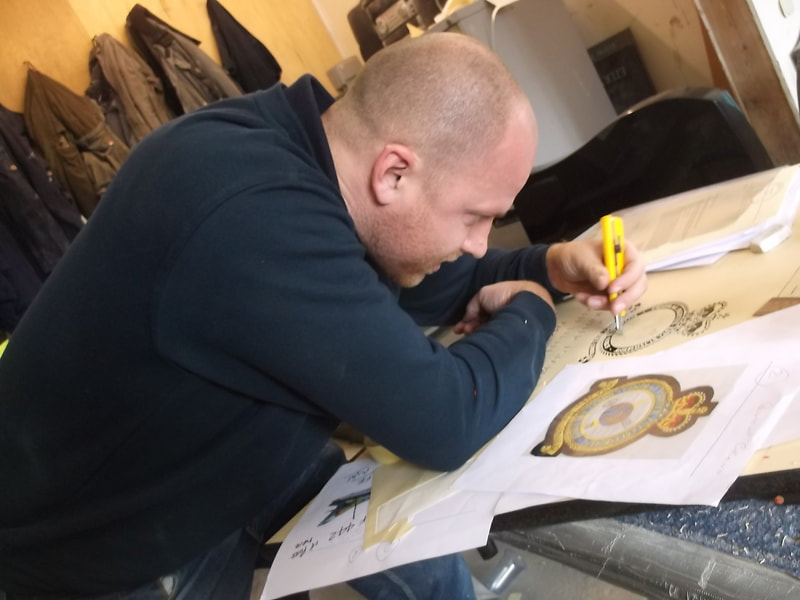 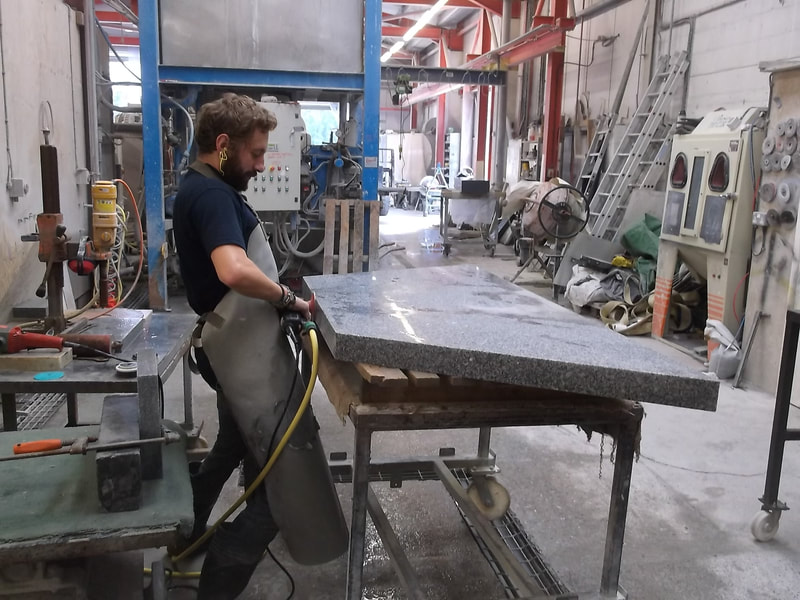 L to R
This photo is via WJ Taylor.

1 The b&w photo was taken on 20 June 1989 the day of the AOC's Annual Inspection. On the left is Group Captain Graeme Smith, Station Commander and Bloodhound Force Commander. Centre is the AOC No 11 Group, Air Vice-Marshal William Wratten, and his ADC.
2 The plinth, 3 Village sign, (if you know where this is, may we have it back please?) 4 Being placed in situ, 5 Completed Memorial face, representing aircraft which flew from WR and CFE,  6 Work in progress,  7 Ditto,  8 Engraving the CFE crest, 8 The base, on here all the squadron RAF and RNAS, who flew from WR are added.

Erection photos are mine, Perfitt's supplied  7 and 8, WJ Taylor No1 and No3