I mentioned on an earlier page that the former Station had the air of "waiting for something to happen" After closure the Station was kept on as a reserve until finally being sold. I do not intend to dwell on this first phase, but the Station was rescued by Investec and managed day to day by FW Properties of Norwich.  This Association was developed a friendly link with FW for which we are grateful.  Under FW's stewardship, the Station has been transformed, grass cut and buildings repaired.  the former married quarters have been sold or rented after extensive renovation bringing a whole new generation to WR.  Other buildings mainly on the Tech Site have been sold to various companies - for example: Hangers 3 & 4 belong to Norfolk Oak - as does the old ASP (aircraft servicing pans) and at times is used for light aircraft.  Hangers 1 & 2 belong to 66 Books, they also own most of the Tech site, managed by FW Properties  Officers' Mess belongs to Investec, managed by FW Properties.

Since 1926 and until 1965 there have been ten different designs of Watch Office and Control Towers for RAF bomber stations. The VHB Control Tower was designed for heavy bomber stations, in the same month as the war in Europe ended (May 1945), it can therefore said to be the last design of WWII and the only one designed and built within the transition period between WWII and the Cold War.
The building is number six within the development sequence of RAF Control Towers, it is the first to be designed with a Visual Control Room (VCR) for local control and the first to be self-contained with ambulance, crash tender and night flying equipment store within the same building. (Text WJ Taylor)  There is quite a lot of information on the Tower, but far too much for this site. This building was a replacement for the existing Watch Office

I suspect in a moment of madness, although the Nation should be grateful they did, Jon and Shelly Booty purchased the HBT, with the intention of restoring it for residential purposes.  What a place to live! They are still hard at work combating the work of the elements, metal thieves, vandals, urbexers and other undesirables who have broken in over the twenty years since closure.  I will try and let the photos below tell the story.  All the photos have been taken with permission of Jon Booty, internal photos with permission of FW Properties and Jon Booty.

Finally the Tower is private property, access is by invitation only.  Ask permission before you deploy drones or take photos more information can be found on the RAFWR Control Tower Facebook Page:

Hawker Hunter F1, WT660, comes home after 63 years. She had been living at the now closed Highland Aviation museum following a post flying life as the gate guardian at RAF Carlisle.
Prior to that, before a short stint at 229 OCU, she had been on the Day Fighter Leader School (DFLS) here at West Raynham from 1955 to 1957.
She is to be reassembled, painted in her old DFLS livery, and displayed next to the tower.
After a trip from Inverness, we can safely say she's been under more bridges than Alan Pollock's Hunter.
Once on display, we will make public the arrangements in place to view her, and the rest of our historic collection here at the tower.

The Hunter below left, is how 660 will look after re-paint, other photos and text above courtesy of Jon Booty
​ 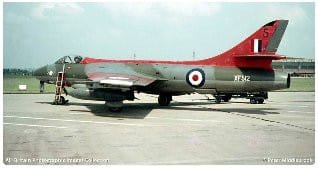 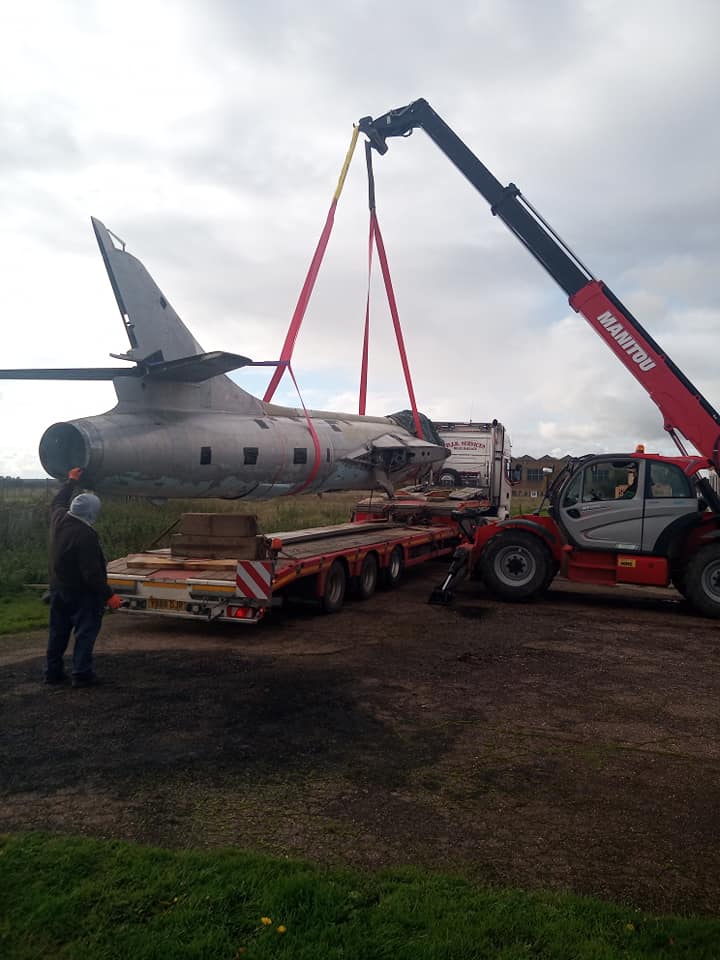 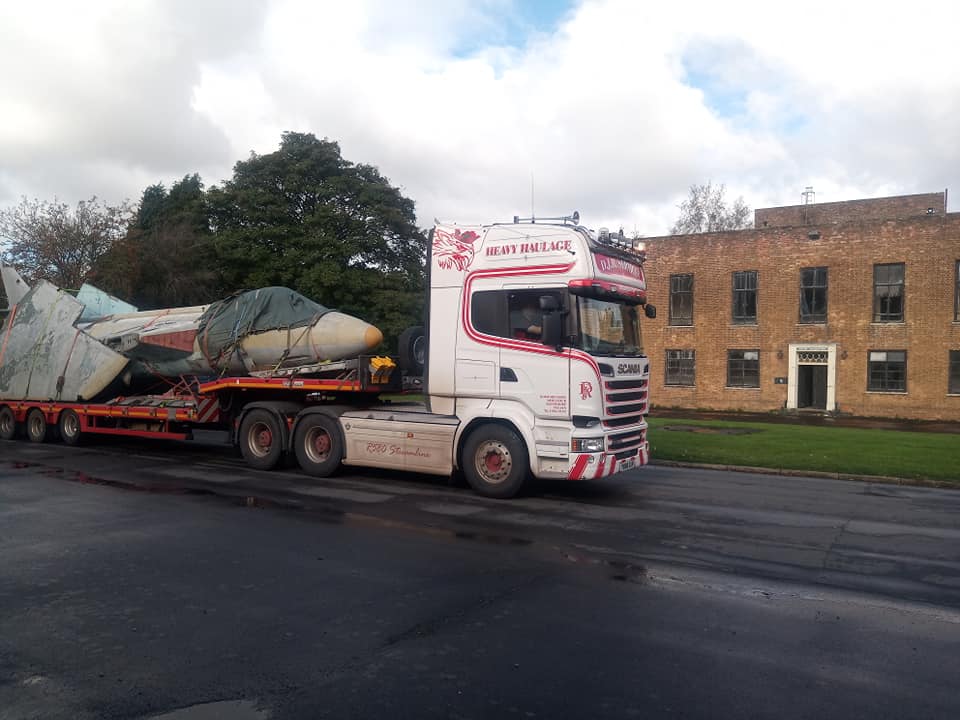 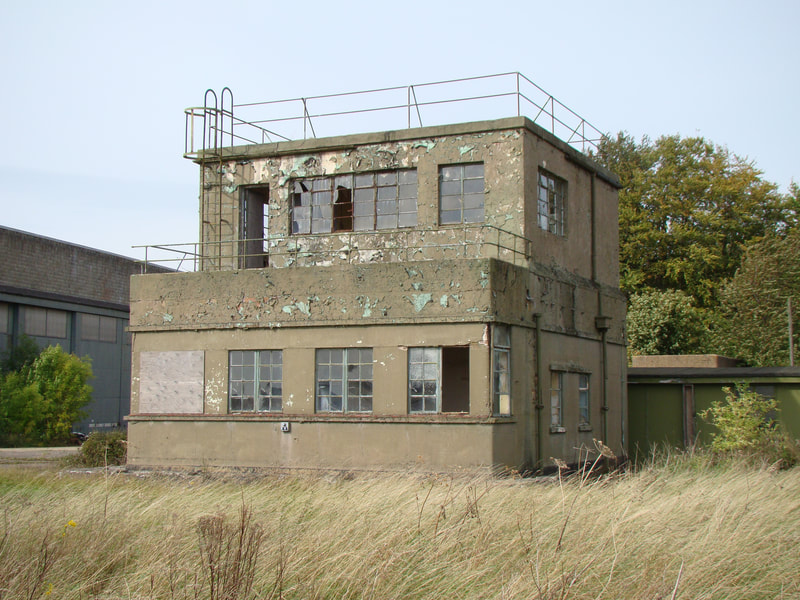 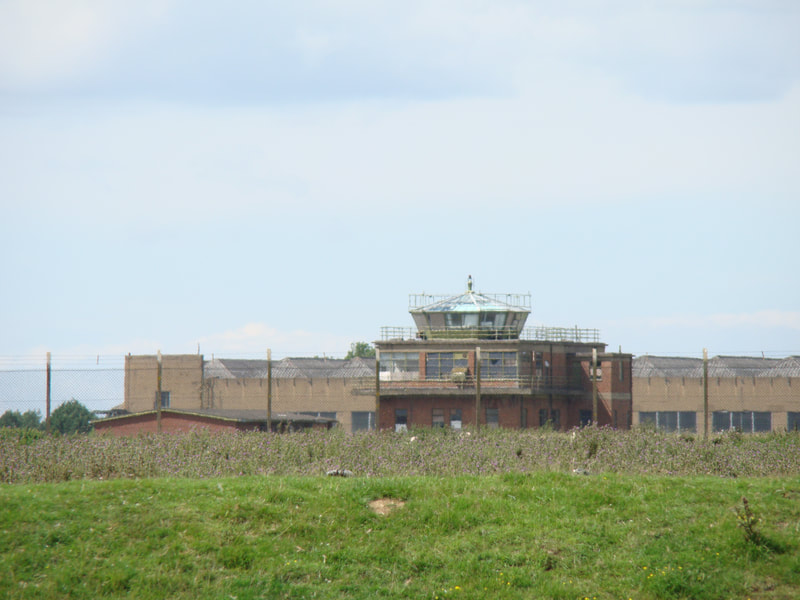 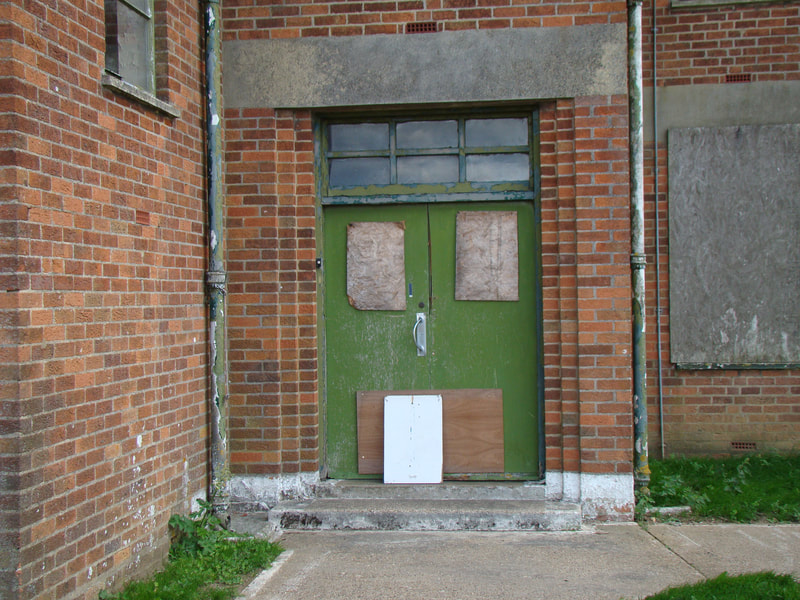 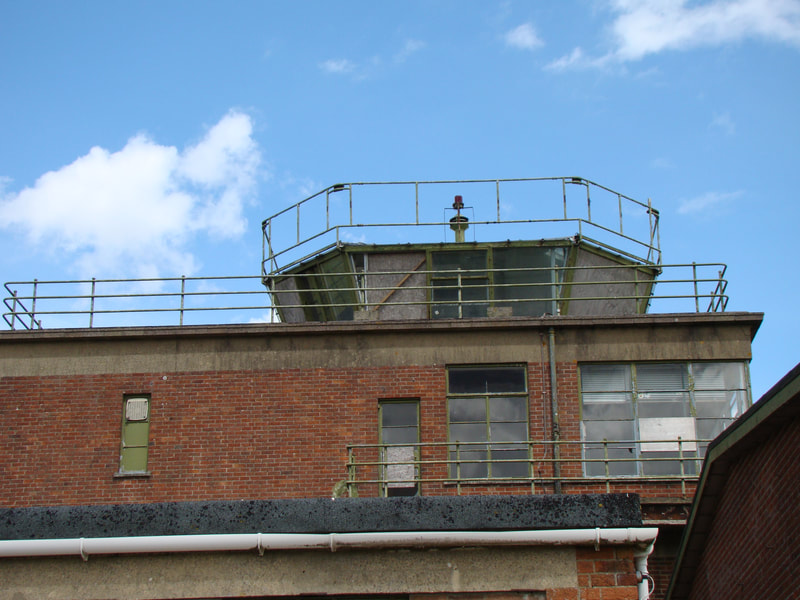 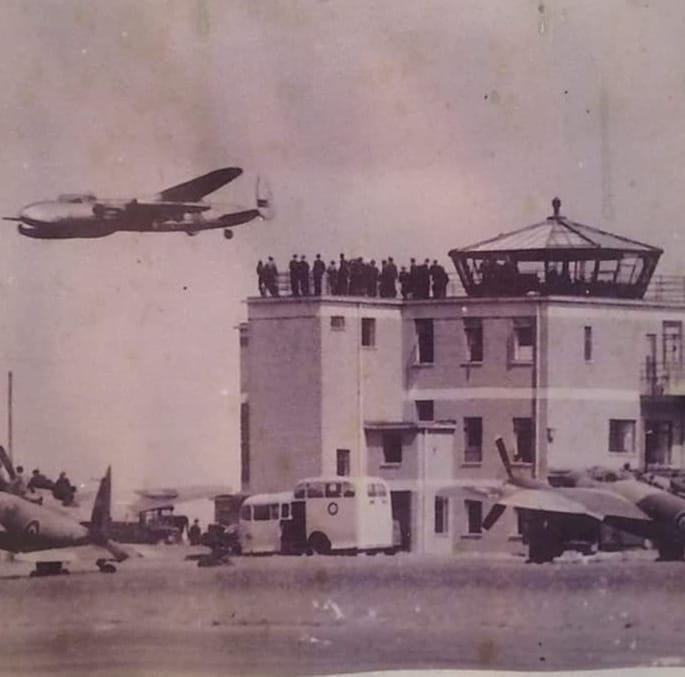 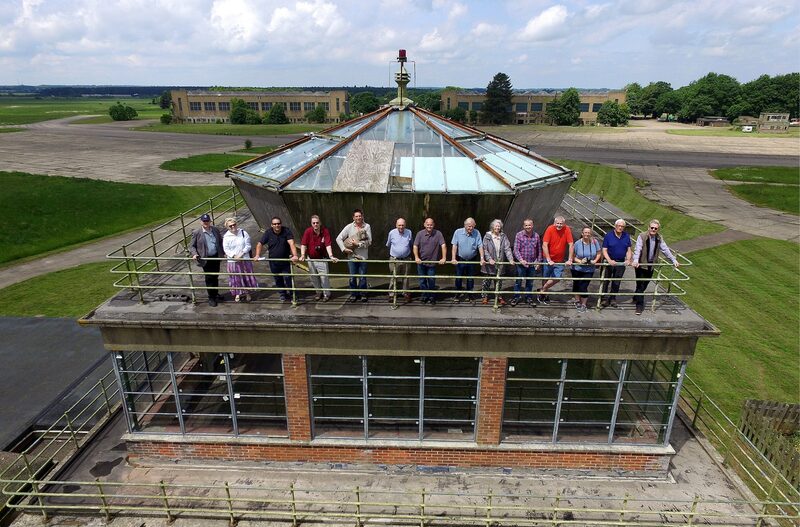 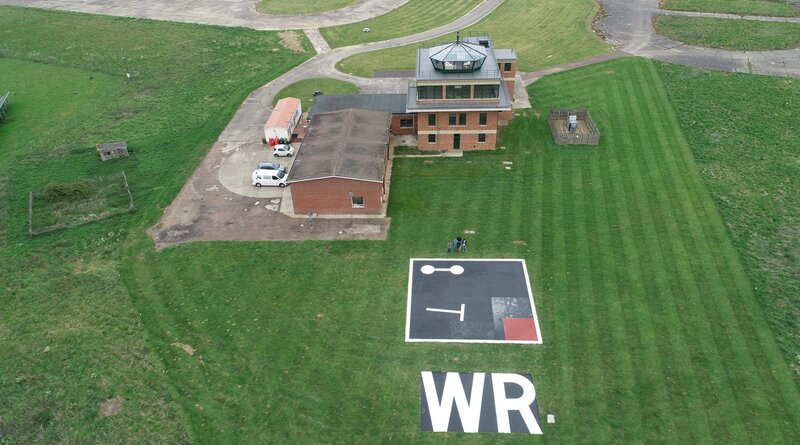 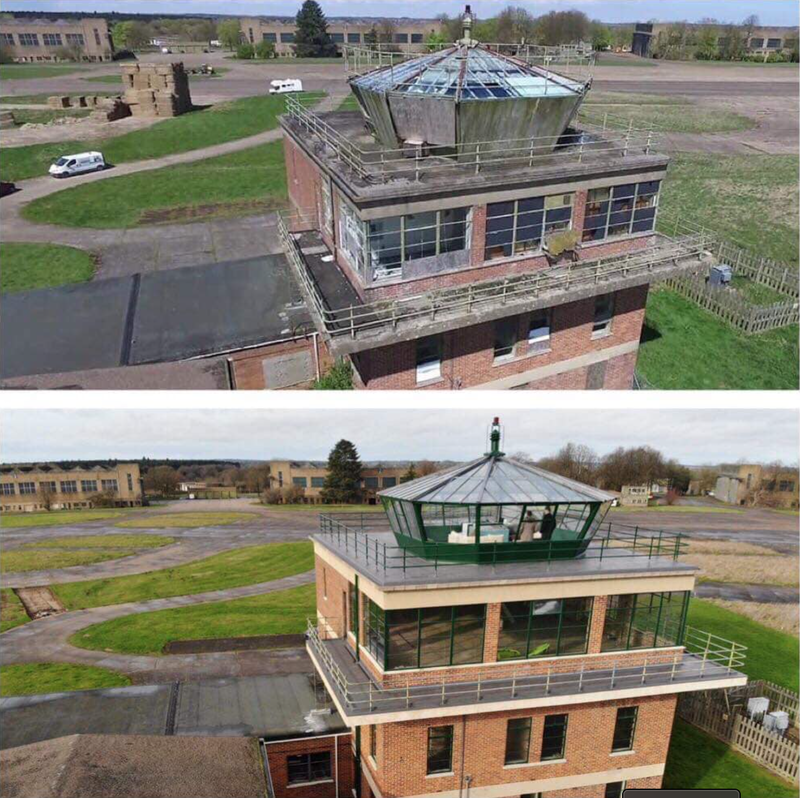 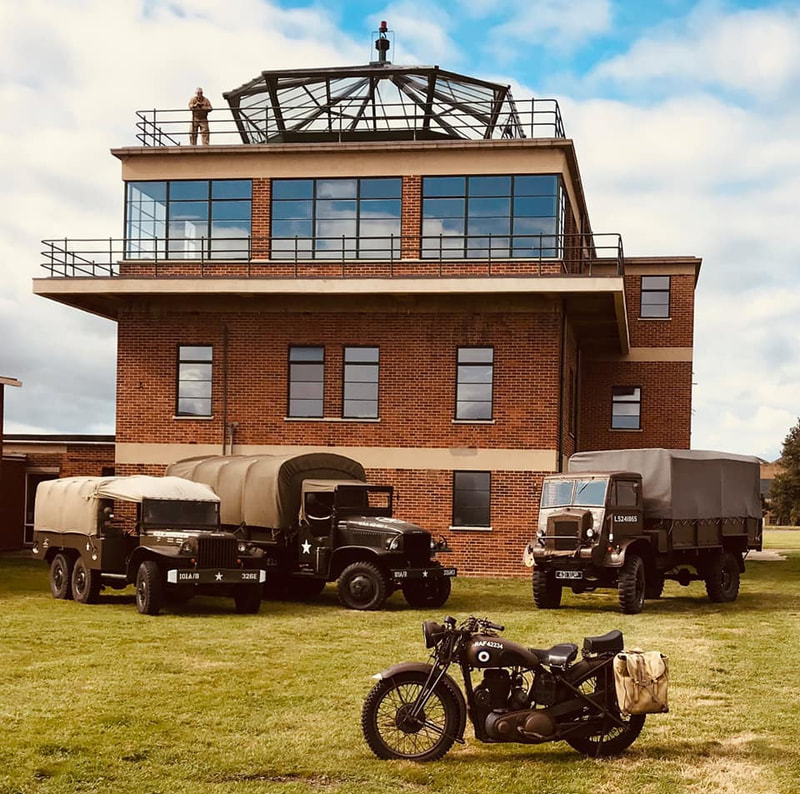 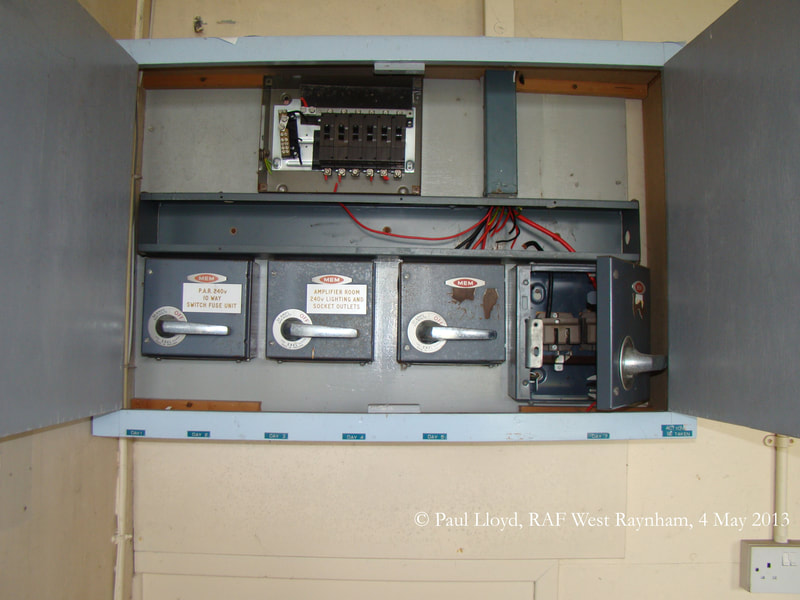 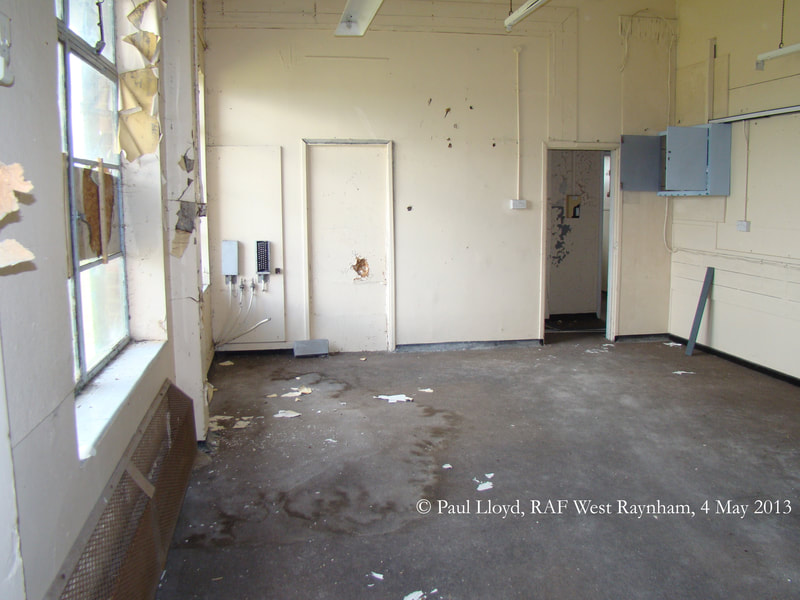 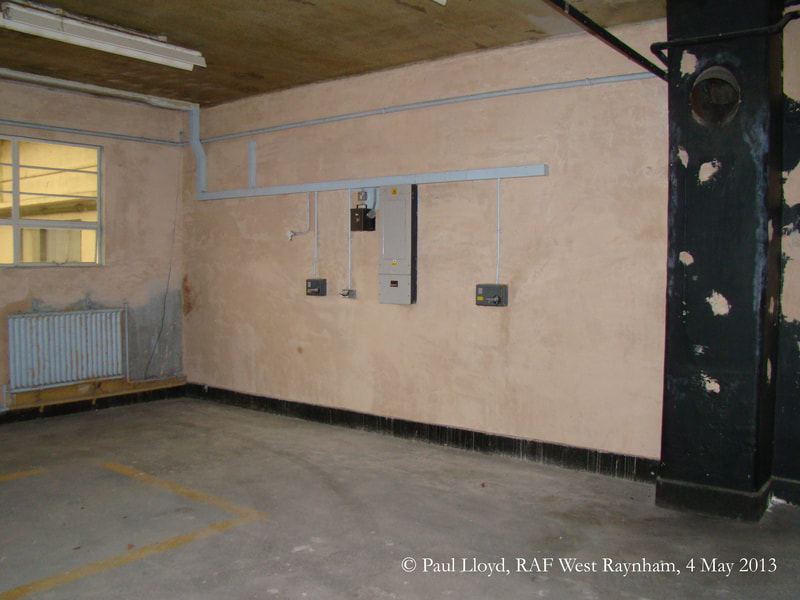 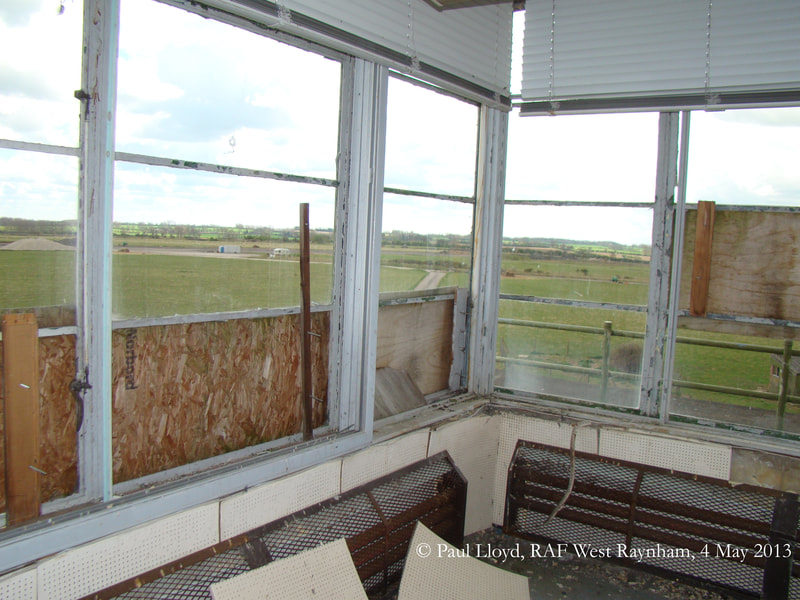 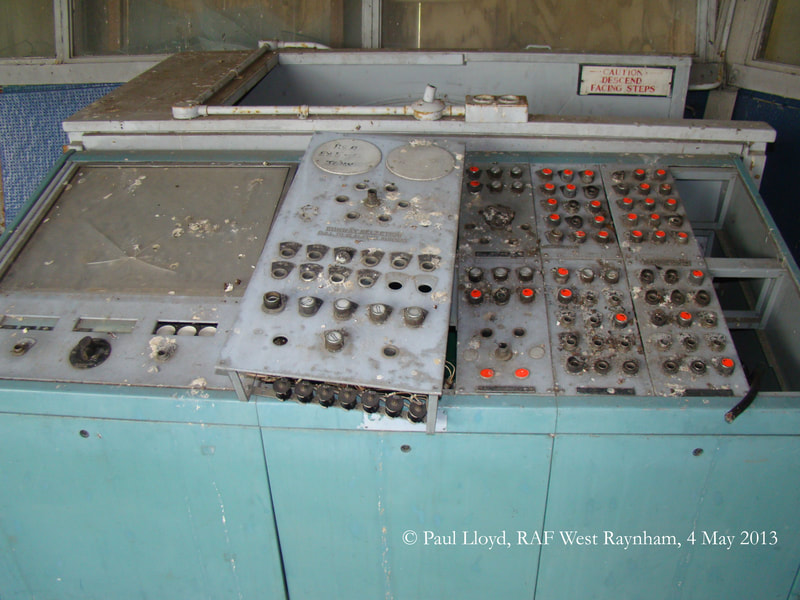 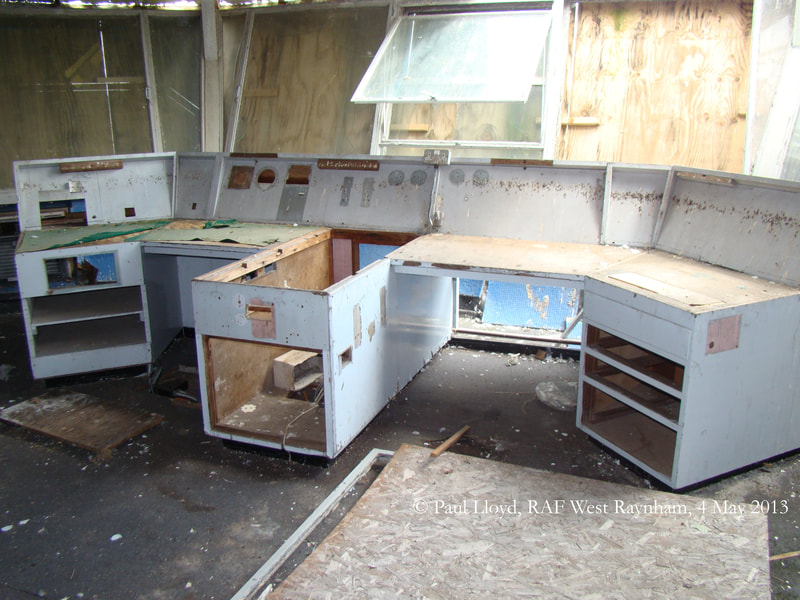 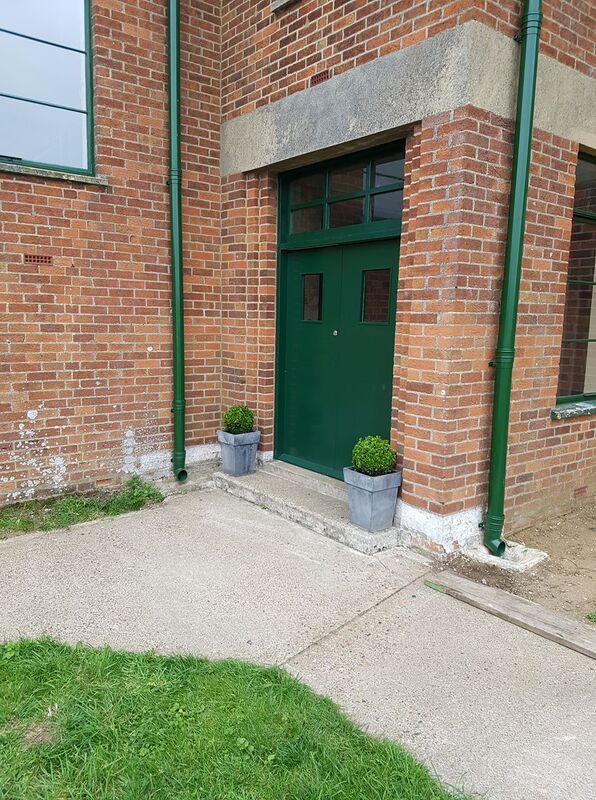 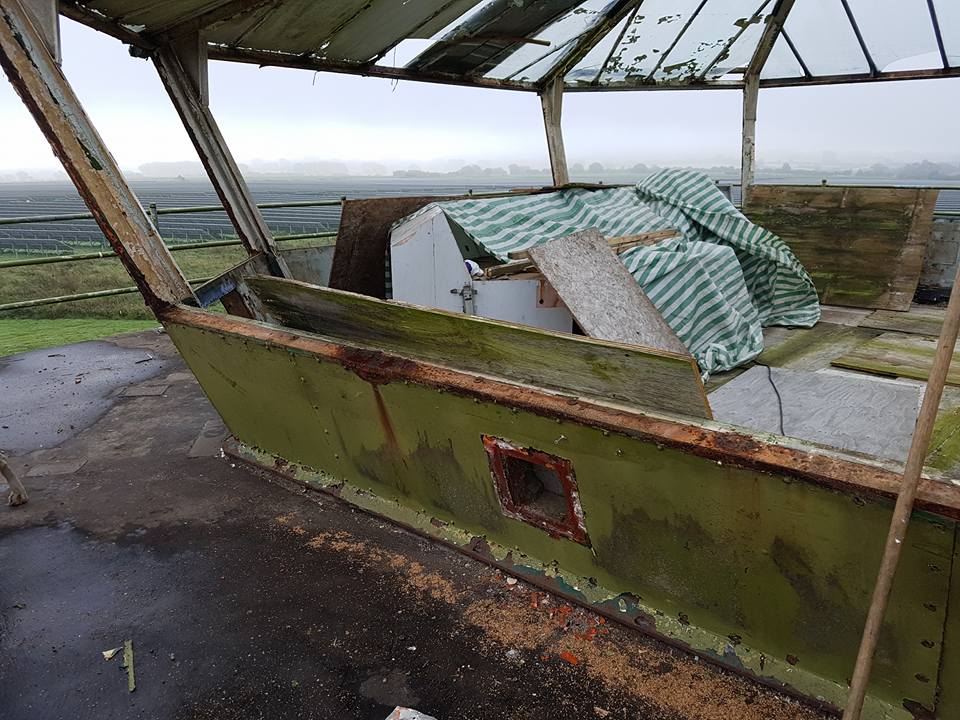 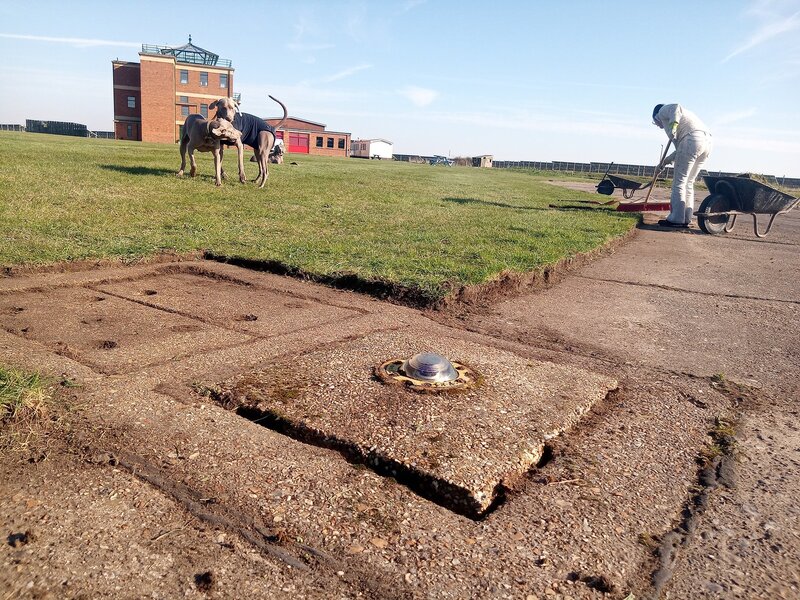 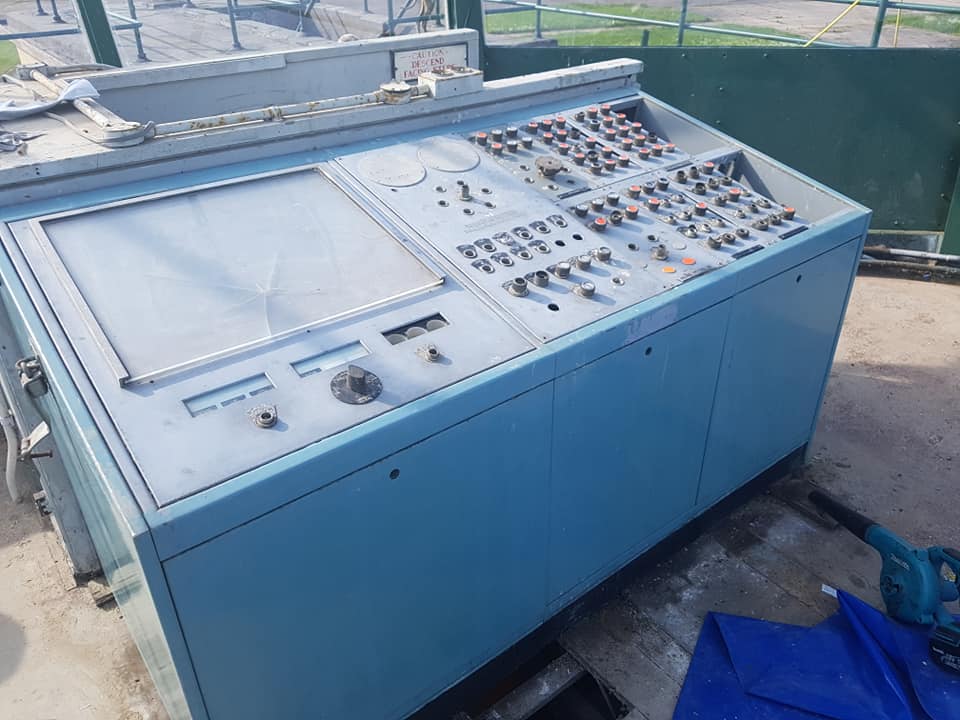 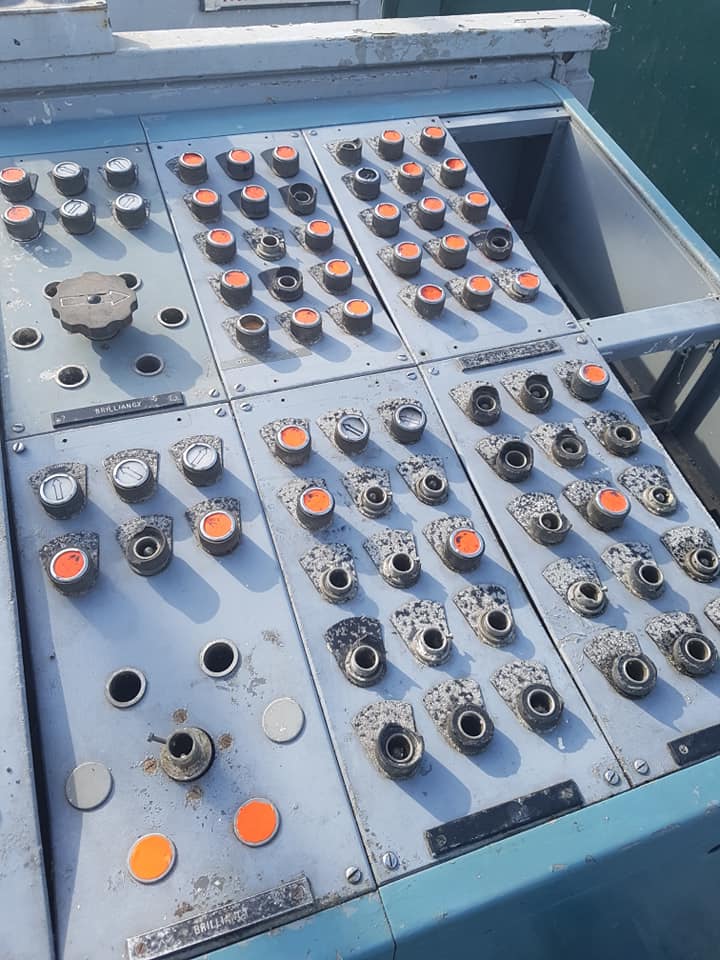 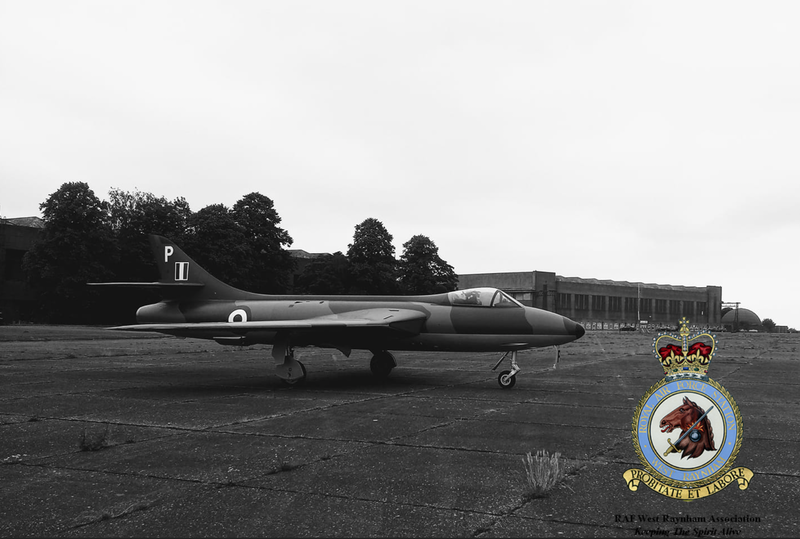